Markus Flechtner – Oracle and I

I’m currently testing all the different PDB features like local and remote cloning or plugging in a PDB on a 19.6 Container-Database in a Maximum Availability Architecture (MAA), i.e. a setup with RAC, ASM and DataGuard in place. Everything went fine, except for the attempt to plugin a PDB from a PDB archive, which always resulted in an ORA-65028.

All attempts failed with the following error stack:

When checking the files in ASM, I found out that all tablespaces except SYSTEM had been copied to the diskgroup, occupying disk space and leaving an unusable PDB. As the PDB is unusable, it’s a good idea to drop it and to release the diskspace in the diskgroup.

My servers are running Grid Instrastructure and RDBMS 19.6:

I did some other tests which worked fine, like

So I could rule out that the PDB archive file was somehow corrupt.

And a colleague told me that he could not reproduce the problem in his 19c environment.

So another aspect came into my mind: RDBMS compatibility on diskgroup level:

In consequence, the RDBMS compatiblity level was set to “11.2.0.4” for “DATA” and “10.1.0.0.0” for “FRA”, because the compatibility level determines the lowest database version which can use the diskgroup.

And – voilà – I could plug in the PDB without any issues:

Thanks to my colleagues Christian Gohmann and Ludovico Caldara for their valuable input when working on this issue.

A former colleague told me that he had the same problem, but changing the RDBMS compatibility did not solve the issue. So there must be another root cause for this issue. 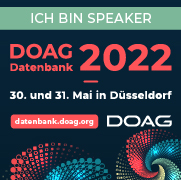